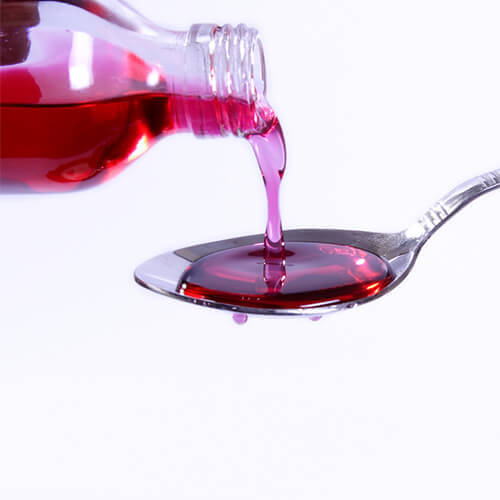 There are numerous FDA-approved combination cough syrups on the market.  In addition, Codeine with Guaifenesin is an OTC monograph product that can be sold without prescription in many states.  The use of these products in pediatric patients (under 18 years of age) can cause breathing and respiratory problems.

In an FDA Safety Announcement issued on July 1, 2014 the Agency said:

Parents and caregivers who notice any signs of slow or shallow breathing, difficult or noisy breathing, confusion, or unusual sleepiness in their child should stop giving their child codeine and seek medical attention immediately by taking their child to the emergency room or calling 911.

In the body, codeine is converted to the opioid morphine. Some people convert codeine to morphine faster and more completely than usual, resulting in higher amounts of morphine in their blood. High levels of morphine can result in problems, including breathing difficulty that may lead to death.

FDA is continuing to investigate this issue and plans to convene a public advisory committee meeting to further address this problem.  What action could FDA take?  Well, to start with, there could be significant label changes to codeine-containing products.  The Agency could also go so far as revoking the OTC monograph status of guaifenesin with codeine cough syrup.  In the meantime, firms should be aware of this serious issue and keep their legal departments apprised of any changes. That may come down the pike.

There are alternatives to codeine as a cough suppressant, including dextromethorphan, which is available without prescription, and prescription products like benzonatate or hydrocodone (which may have the same problem as codeine and other home remedies).