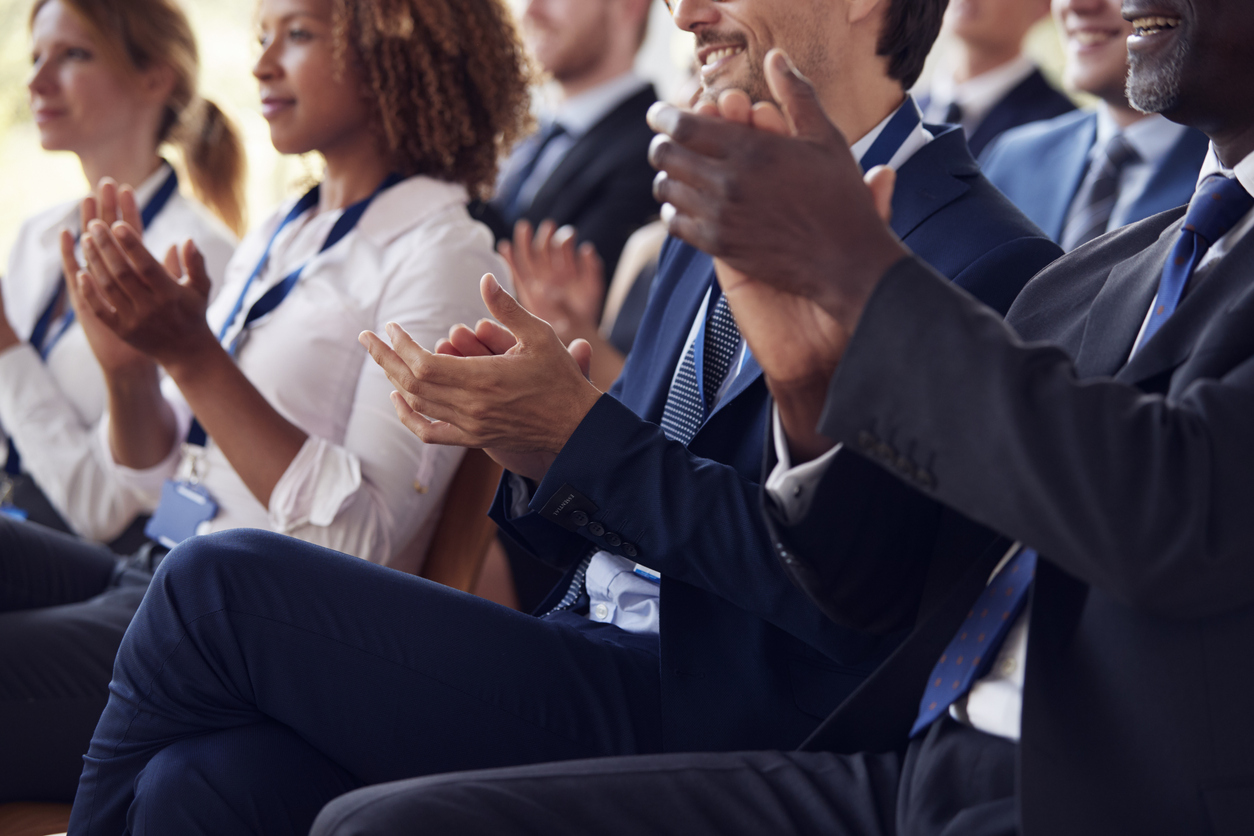 Well, here we are, at the end of the conference already.  Let us look at highlights of the Day 3 activities.

Dr. Alex Azar, Secretary of Health and Human Services, gave the opening keynote address and, in usual fashion, he thanked the generics and biosimilar industries for making high-quality generic drugs and biosimilars available to save consumers and the government billions of dollars.  He discussed the administration’s move to lower drug costs and the potential for negotiations for Medicare Part D and increasing the uptake of generic drugs in the program and outlined other plans (that now might be cut short).

The stage turned to a discussion of Quality Management Maturity (QMM), with presentations from three industry representatives, including Lachman’s own John Darby.  The need to develop and maintain a quality culture from the beginning of drug development straight through distribution into the supply chain and to the patient is essential in building a successful QMM system.  The QMM is important in enabling a paradigm shift in industry thinking, enables speed to market for critical drug products, and ensures continuity of supply and user safety.  These themes were common amongst the presenters.  Proper institution of the QMM will be vital if the FDA does fully adopt its industry rating system and will impact frequency and depth of inspections based on how the firm performs over the years.  The incentives for developing a QMM program are, thus, clear.

Doug Long, Vice President, Industry Relations, at IQVIA, walked us through the state of the prescription drug market.  Generics are still strong, but the impacts of COVID-19 did play in the market dynamics.  He explained that there was an initial stockpiling of drugs at the onset of the pandemic, which negatively impacted generic Rx volume for a while as many patients sought ninety-day supplies of their drugs instead of their normal thirty-day supply.  Other key data points he discussed included:

(We are all familiar with Doug’s presentations and recognize that this blog post would be at least ten pages longer if we tried to cover all the valuable information he provides.)

The session on REMS provided some good insight into the complexity of developing a shared REMS system with the innovator and other generic entrants and looked at the statutory and regulatory history since the program’s inception.  The time it takes in dealing with the innovator in negotiations relative to agreeing only on the CDA has taken some firms six months or more, and negotiations for the shared system itself have taken an average of nineteen months, according to one firm.  The presenters also discussed cost considerations that can be very high, and details of the process of negotiation of the shared system with innovators or with a consortium of innovators and generic applicants.  The process of dealing with the FDA in developing the REMS program, whether a single shared or standalone comparable program, was also outlined.

I attended one other session on Marketing and Launching Complex Generic Drugs Under Regulatory Uncertainty.  This session explored the regulatory uncertainty and how it can impact application approval given that many complex-product ANDAs were submitted prior to the FDA developing a formal program for scientific feedback on complex products.  Panelists indicated that product specific guidances (PSGs) for complex products had upsides as well as downsides as multiple revisions to PSGs can cause firms to have to repeat BE studies and delay approval, and could result in abandonment of the project due to cost.  Other issues impacting the regulatory uncertainty included the problem that is the Q1/Q2 requirement for complex products.  The FDA must recognize the need for formulation differences associated with designing around patent issues and the potential significant delay in application approval if the FDA changes its determination of Q1/Q2 sameness after an original acceptable determination.

Uncertainty regarding forfeiture of 180-day exclusivity can leave applicants in the dark since the FDA does not make exclusivity determinations until the time of approval.  This can increase uncertainty in launch planning and can have other negative commercial implications.  It also affects three-year exclusivity on competing 505(b)(2) applications (sometimes called “submarine exclusivity” because they surface just as a second (b)(2) application for the same change is ready for approval) and can have a devastating impact on the ability to market a product.

Choosing which products to develop is also challenging based on the number of considerations that must be evaluated to make that decision.  Oftentimes, if industry gets it wrong based on a timing assumption or negative regulatory issues (multiple review cycles, changes in guidance and approval requirements, etc.), it can knock a once potentially viable candidate out of contention from a profitability standpoint, which could result in abandonment of the project even after significant resources have been expended in pursuit of the product.  The process that the firms go through was outlined, along with the key decision factors on which products to develop and how regulatory uncertainty can negate certain assumptions.

It was a good conference.  I wish we could have covered all of the sessions but, again, as the comedy group Fireside Theater says, “How can you be in two places at once when you are not anywhere at all.”  I am sure that those who recognize this quote went to college in the late 60s!