The Backlog at OGD – a Historical Look 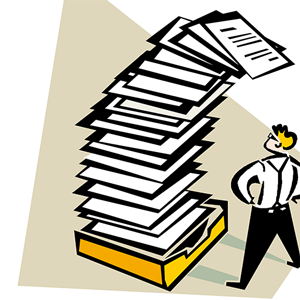 The Backlog at OGD – a Historical Look

Yesterday, a reporter asked me how long has there been a backlog at the Office of Generic Drugs (OGD).  I told the reporter that the nature of the ANDA review and approval process will guarantee that there is always a backlog.  That is because firms submit applications on an ongoing basis, and it takes the OGD time to review and assess each application.  The key to success is to maintain the backlog at a manageable level.

When the Hatch Waxman Act passed in 1984, there was a huge influx of ANDAs.  OGD (at that time the Division of Generic Drugs) worked its way through that initial rush of applications and then was able to approval about as many ANDAs as were coming in on a monthly basis.  Historically, the backlog ranged from about 300 to 400 ANDAs pending before the Agency at any one time.  From 1990 through 1997, OGD received about 360 ANDA per fiscal year (FY).  OGD was able to approve about 300+ ANDAs per FY.

With “not approval letters,” approvals,and tentative approvals, and some withdrawals each month, the backlog was maintained at a consistent level of about 400 ANDA until November 2002, when there was a decided change in the trend and the backlog began to grow.  By the end of 2006, just four years later, the ANDA backlog stood at 1300 as depicted in the chart from the OGD statistical report reproduced below. By September 2012, the backlog grew to just under 3000 (see OGD chart below).  Since that time, OGD has experienced the largest number of receipts in a single FY ever when they received 1473 ANDAs in FY 2014; unfortuately OGD approved only 409 that same year.  This 1000+ net excess in receipts vs. approvals in that year pushed the backlog up close to 4000 ANDAs. How well OGD does with knocking down the backlog, reducing the number of ANDA cycles, and driving applications to approval will be the key to determining the success of the GDUFA program.  There were multiple factors that resulted in today’s backlog, but we have outlined those in previous posts.  Let’s just say that these charts need to begin to reflect a reversal in trend, and soon, for OGD to claim success.