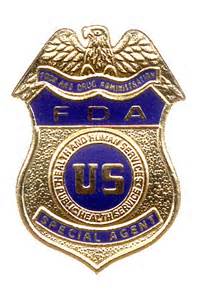 A federal judge entered a consent decree to a 503A compounder of sterile drug products in Texas.  According to the FDA News Release (here), the compounding facility received repeated warnings from the FDA over a two‑year period but continued to compound sterile ophthalmic products.  “The government alleges that Guardian manufactured and distributed purportedly sterile drug products that were adulterated because the drugs were made under insanitary conditions and in violation of current good manufacturing practice requirements under the FD&C Act.  Drugs prepared, packed, or held under insanitary conditions may have been contaminated with filth or rendered otherwise harmful to patients.”  In addition, because it was not registered as a 503B outsourcing facility, it continued to distribute compounded products without a patient‑specific prescription, as required by law.  The products were also determined not the be properly labeled, causing them to be misbranded.

During a 2016 inspection, it was noted that the “FDA received adverse event reports concerning at least forty‑three patients who were administered eye injections of a drug compounded by Guardian containing triamcinolone (steroid) and moxifloxacin (anti-infective) during cataract surgery.  These patients reportedly experienced various symptoms, including vision impairment, poor night vision, loss of color perception, and significant reductions in best-corrected visual acuity and visual fields.”

As we have mentioned previously, the manufacture of sterile products is even difficult for drug manufacturers that specialize in the manufacture of sterile FDA‑approved products.  The controls and assurances that must be met are significant and stringent.  Sterile drug products are considered high‑risk products by the FDA due to the potential for harm to the patient if the product fails to meet sterility requirements or if the compounded product contains inactive ingredients (which was the case for the ophthalmic product in this case) that can cause serious safety issues.  Compounded drugs do not undergo the rigorous FDA review, approval, and monitoring process, and, thus, are a greater risk to patients when proper cGMPs are not employed in their manufacture, as we have witnessed since the New England Compounding Center’s failure, which resulted in a meningitis outbreak that sickened over 800 patients in 2012.

The FDA is on high alert for compounders that do not follow the requirements, and rightfully so as the outcome of failure can be devastating.  We can expect a continued vigilance by the FDA over the coming years in its effort to protect public health.