Orange Book Q&A Document Provides Insight to the Mysteries Inside 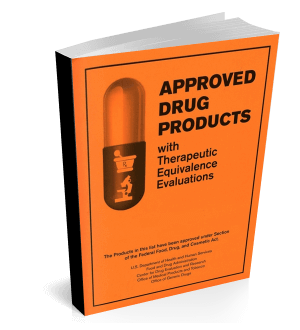 Orange Book Q&A Document Provides Insight to the Mysteries Inside

How many times have you had a question about the listings in the Orange Book (OB) but were not sure who to ask? Well, a lot of people have obviously stood in your shoes, as this draft guidance titled Orange Book Questions and Answers Guidance for Industry (here) publishes a great Q&A from those who have actually asked a recurring question to the Agency about the publication.

The draft guidance covers questions regarding the following:

The FDA describes what products appear in which sections of the OB and which marketed product do not appear and why.  It details how and when product listings are added to the OB and how and when they are removed along with who to contact for various listing issues.  The draft also covers patent listing, delisting, and patent challenges, and explains what a timely filed patent is.  It also instructs users how to obtain old versions of the OB, which may be particularly helpful for research for users who have not saved hard copy versions over the years.  And yes, hard copies are still available from the US Government Printing Office for a fee, although this guidance does not discuss that issue.  There is also something called (for fans of Sherman and Peabody) the Way Back Machine, that can be used to access old files currently removed from the internet (well, not all files, and good luck using it, because the results are wildly variable).

Some actions (for instance, the movement of product from the active and discontinued sections of the OB) have been mystifying users for years, and now the discussion of these processes is clearly outlined.  Another nice feature of this Q&A is that the FDA provides the regulatory citations for their actions in either the running text or footnotes.

Be the first on your block to surprise others on your staff or your management by reading this draft guidance and being able to respond to obscure OB questions they ask that previously baffled you!  I believe that everyone that reads this draft will learn something new, except maybe for a few of us Hatch-Waxman geeks who have been around from the beginning of time.