Senate Hearing On COVID 19 and Yes, Fauci Did Testify 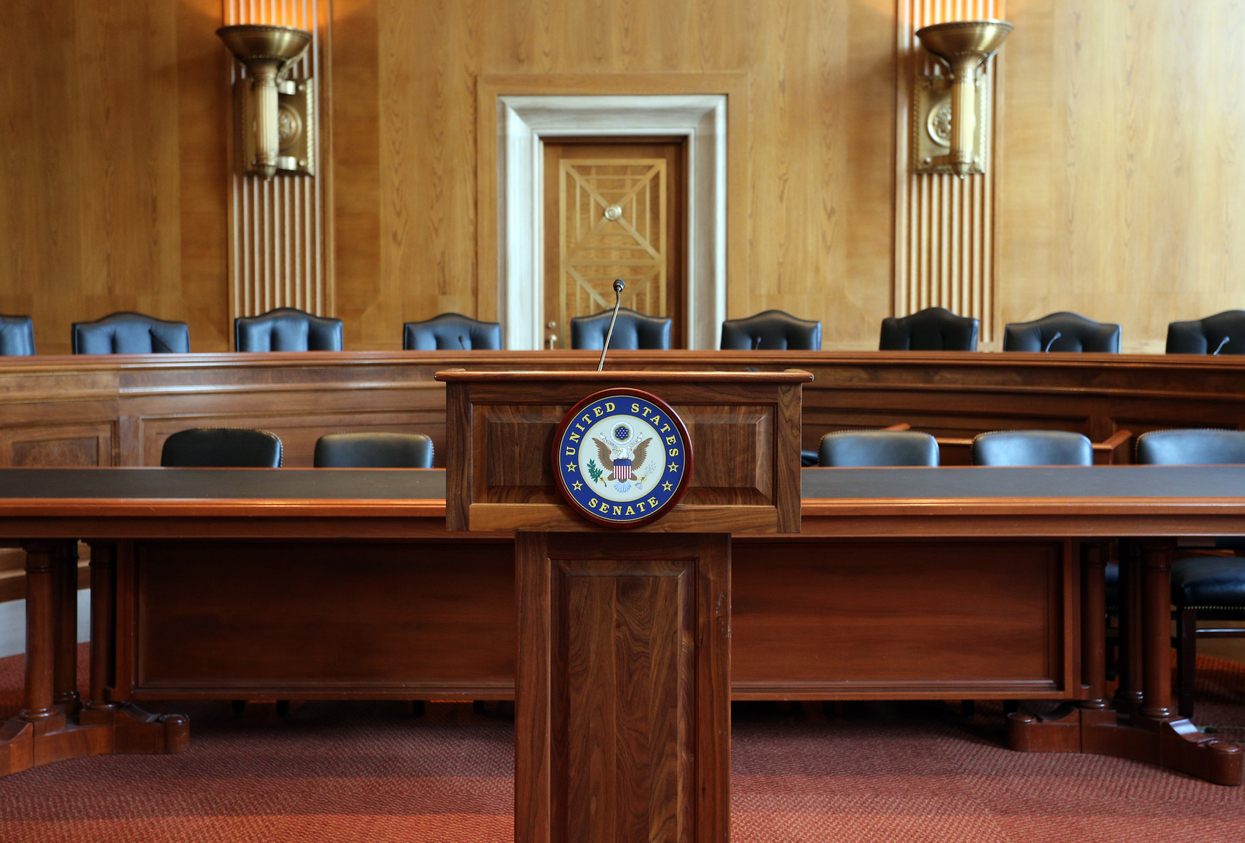 Senate Hearing On COVID 19 and Yes, Fauci Did Testify

Drs. Anthony Fauci (National Institute of Allergy and Infectious Diseases, NIH), Robert Redfield (Director, CDC), Stephen Hahn (Commissioner, FDA), and Brett Giroir (Assistant Secretary for Health, HHS) testified this morning before the Senate Committee on Health, Education, Labor, and Pensions, chaired by Senator Lamar Alexander.  The goal of the hearing is to identify what went wrong in response to this pandemic, to learn from those missteps, be ready for the next, and to provide information from the experts as to how to best proceed in the midst of the current pandemic.

Dr. Fauci opened the session of experts by describing the NIH goals during the pandemic, which include evaluation of testing, diagnostics, mitigation, and therapeutics.  He discussed Remdesivir and noted that 8 vaccines currently in development are showing promise.  He stated that we will likely have a vaccine possibly by late fall or winter, but they need to be careful in identifying potential beneficial candidates as there can be failures along the way (some of which might be found to make the disease worse) which can only show up in appropriate testing.

Dr. Redfield of the CDC noted in his opening remarks that early identification and contact tracing, surveillance, testing, and quarantine are the most important public health tools prior to an approved treatment or vaccine.  He also noted that CDC is working with each state based on their needs.  It is extremely important to have widely available and accurate testing, which is required for opening the country safely.  In addition, increased tracing capacity is critical, along with identifying asymptomatic cases, those that have survived the disease, and maintaining social distancing activities.

Dr. Giroir opened by noting that 9 million COVID 19 tests have been conducted so far.  Increasing drive through testing sites and leveraging pharmacy retail testing will be instrumental in improving testing capabilities.

The question I noted which was later addressed somewhat by the CDC Director and FDA commissioner is why it took so long to ramp up the testing.

Dr. Hahn of FDA discussed the FDA process for facilitating the process to market of diagnostics, hand sanitizers, ventilators, therapeutics, and medical products to assure not only accuracy but also safety and effectiveness.  He noted that, to date, FDA has issued 92 emergency use authorizations (EUA) testing labs, tests, ventilators, and rolling reviews of therapeutics and other diagnostics.  Of paramount importance is FDA’s ability to assure the accuracy and reliability of diagnostic test results and taking enforcement action against fraudulent product and therapeutics (of which there have been myriad since the beginning of the pandemic).

FDA is working with vaccine manufacturers and NIH and will apply regulatory flexibility under the emergency program entitled the Corona Virus Treatment Acceleration Program.  He pointed to the positive trial of Remdesivir and the subsequent EUA issued by the Agency and discussed other bridge therapies that the FDA is looking at until a vaccine is completely developed.

Senators of the Committee each had 5 minutes for questions.  Some of  those questions asked of the panelists are outlined below.

Senator Alexander asked about the safety of bringing back college students and opening schools in the fall, and whether Dr. Fauci thought it would be safe for reentry of students in fall and what treatments might be available by then.  Dr. Fauci said it “may be a bridge too far” to say it is safe, but he further commented that, by fall, the thing closest to a treatment may be convalescent plasma, in addition to Remdesivir, but no likely preventative measures would yet be available by that time.

When asked about if surveillance testing for all students would be feasible, the answers given by Dr. Giroir indicated that it would depend on the region.  However (in my opinion),  Dr. Giroir talked about assessing the community spread impact but failed to recognize (in my opinion) that college students come from all over the country and world to attend college; thus community spread alone would not answer the question of students coming from outside of the region with some coming from COVID 19 hot spots.  Social distancing for students will still be required.

Sen. Murray asked what the consequences of opening the country too soon are?  Dr. Fauci noted that the speed and pace of reopening concerned him; if it was too soon and if there was no gradual decrease of cases over 14 days, or if states or regions jump over guidance checkpoints, then we will likely start to see little spikes that may turn into larger outbreaks.  He noted that the consequences could be serious.  Even if opening the country incrementally, in steps, there will be cases.  The key will be having the capability to adequately respond to outbreaks by testing and treatment.

Dr. Fauci also outlined the need to be ready once we have a vaccine, in terms of the ability to produce it in sufficient quantities, distribute it, and have enough equipment (including syringes) to inject the vaccine.

Senator Sanders asked “What if virus comes back in the fall “?  Dr. Fauci said possibility does exist, it won’t disappear, but we need to be better prepared between now and then to be able to identify, isolate, and treat cases or outbreaks.

Senator Sanders also asked if a vaccine is developed, will it be distributed free of charge – Hahn said, I hope so but can’t guarantee because FDA does not control pricing.  Giroir sidestepped a direct answer several times but said, if a vaccine is developed, all should gain access to it and it will be available to every American but can’t guarantee it.

Senator Burr asked that, at any time had the health care community or the administration “taken its foot off the gas”?  Dr. Fauci and others said no and that basically they have been moving at warp speed ever since the virus was first detected in the US.

Burr asked Dr. Fauci – what are the issues with a vaccine? He said that the unknown are obviously safety and efficacy and length of immunity as well enhanced potential adverse effects of the virus.

Dr. Hahn said the need for the quickest road to a vaccine is a common preclinical program and common endpoints.  FDA expects that they will likely look at the top 10 candidates currently in Phases 1-2 and then take 4 or 5 of them into Phase 3 testing.

Senator Casey discussed the high rate of infections and deaths in nursing homes and asked about whether it was a good idea to have better and more timely information and reporting from nursing homes to provide to families, public health officials, and caregivers.  Dr. Redfield responded that nursing homes are now required to report, but he was not sure of where we are in regard to gathering that information.

Senator Paul pushed Dr Fauci on the issue of immunity.  Sen. Paul thinks there is sufficient evidence of immunity –and asked Dr. Fauci to set record straight.  Fauci said that there is evidence of antibody presence after exposure to COVID and recovery and suggests that immunity is probably a reasonable assumption but in order to say definitively would require study over months and years, and is needed to define how long and at what level of protection exists after exposure to the virus.

Senator Warren asked if we have the coronavirus contained?  Fauci said the virus is not contained, but we can say there is a plateau in many parts of the country but pockets of serious outbreaks are still possible, especially if the country opens too soon.

Other Senators asked about the outbreak at meat processing plants, nursing home outbreaks, and what testing protocols should there be at nursing homes.

Senator Rosen asked about preventative treatment before a vaccine is developed and how is research coming on monoclonal antibodies?  Fauci said yes, these things are being and will be pursued. He harkened back to the 1980s when a treatment was being pursued for HIV and now there are cocktails of drugs that now treat and prevent HIV infections.

The hearing was about as nonpolitical in nature as could be, although there were a few barbs cast.  It was respectful, and the responses of most of the experts were based on facts, while a few of the answers from the CDC and HHS tried to fall along the party lines and were a bit evasive or perhaps they did not have a good answer for the question.