Cook Serves Up Numbers and Observations 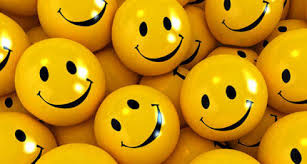 Cook Serves Up Numbers and Observations

Dr. Kathleen “Cook” Uhl, Director, Office of Generic Drugs told the story of the past, present, and future of GDUFA and how the industry and OGD are doing.  Interestingly, she noted this was the first meeting she had attended where she heard that industry members said they are happy!  Then she noted “you are not really happy, you are happier, but you are not happy.”  And this about sums up where industry and OGD are.

Things are improving, but not at the pace to make industry “happy”. But the improvement is noticeable. Cook noted that in FY 2016, OGD had the most number of approvals “ever”.  OGD approved 651 ANDAs and took 184 tentative approval actions.  In addition, she noted that OGD issued 1725 complete response letters.  Cook discussed the need to continue to reduce the number of review cycles as the inefficiency of review after review costs both industry and FDA.  On a bright note, she said that many of the pre-year 3 and the pre-GDUFA applications are on their second or third cycle review and many of those should be heading towards approval.

To further the discussion on review cycles, Cook noted that we are all wanting first cycle approvals, but with OGD, compared to new drugs that is not the norm.  She stated that with new drugs, there is a significant period that the product is in the IND phase and the Agency devotes significant resources to review those that are not captured in the NDA review cycles, so actually when the NDA is ultimately submitted, it basically has had most of the questions answered.  Thus, first cycle approvals for NDAs is about 95%.  Below is a chart that described first cycle approvals for ANDA for the first full cohort year of ANDAs with goal dates under GDUFA. As you can see, the first cycle approval rate for this group of 523 ANDAs is 9%.  While that does not seem like a lot compared to the NDA number of 95%, it is magnitudes above where it historically sat, at less than 1%.  Hopefully this number will improve.  But the good news is that 2 cycle approvals stand at 42%.  With review cycles historically at 3-4, this is good news. OGD has also significantly exceeded targets and have consistently hit 100%.

With OGD still receiving record numbers of ANDAs, the question is – are we at a crossroad? Will the number of approvals increase? Will there be continued progress on the issuance of product-specific guidance and other guidance documents the industry is hopeful to see?  Stay tuned!